The search for Saint Francois County murder suspect Michael C. Johnson has come to an end. 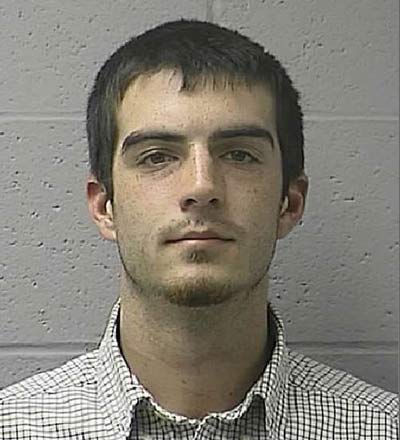 Sheriff Dan Bullock says an APB turned up reports that a jeep they were looking for was spotted at a residence just south of DeSoto.

That’s where sheriff’s deputies and SWAT found him dead, apparently from hanging himself.

Johnson is believed to have fatally shot Gary Mayer of Bellville, Illinois, who was in St. Francois County helping his daughter pack up some of her belongings. Bullock says there were warrants out on Johnson before the shooting occured; he was facing domestic abuse charges filed by Mayer’s daughter.

They had been looking for him for about four days before the shooting, he says.

"That’s one reason we would have liked to talk to him," Bullock says, "to find out why it went this far."

Bullock says Johnson must have felt he was at the point of no return.