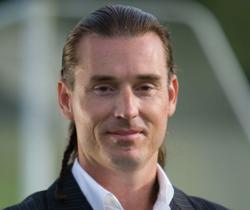 Ben Wade, who is known as Coach on this season’s TV series Survivor was bought out of the final three months of his contract as women’s head soccer coach at Southwest Baptist University in Bolivar.

According to SBU athletic director Brent Good, Wade told the school he would away from his duties as coach for one week…it turned into eight weeks.  When I spoke with Wade and featured him on my Press Box Podcast , he said he was torn about leaving his soccer team at the end of their season to appear on the show.

As far as his soccer team struggled.  They were 8-2-2 under coach Wade, but when he left for Survivor, the team went 1-3-1 in their final fives games and missed the playoffs.

In an interview with the Springfield News-Leader , Wade said he is headed to Hollywood to try his hand at acting.  I’ve often wondered how people who appear on these shows are able to get that much time away from work.  Apparently, it was an issue with SBU.  Wade had to keep his travels very vague and a secret and Good’s contention was that Wade was hired to coach and to leave the team in its final five games is a disservice to the girls on that team.