The Missouri Historic Preservation Council has approved the nomination of a Joplin apartment nominated to be on the register of historic places. 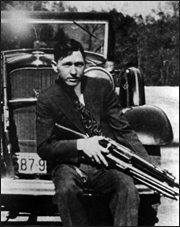 Bonnie Parker and Clyde Barrow were notorious outlaws, robbers, and criminals who, with their gang, traveled the Central United States during the Great Depression.

They captured the attention of the American public between 1931 and 1935. Though their gang was widely known for their bank robberies, Barrow preferred to rob small stores or gas stations. They were believed to have killed nine police officers among several others.

Though the public at the time believed Bonnie Parker to be a full partner in the gang, her role in the Barrow Gang crimes has long been a source of controversy. Gang members W. D. Jones and Ralph Fults testified they never saw Bonnie fire a gun, and described her role as "logistical." 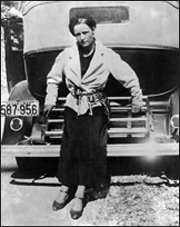 Marie Barrow, Clyde’s youngest sister, made the same claim: "Bonnie never fired a shot. She just followed my brother no matter where he went." In one interview, W. D. Jones said of Bonnie: "As far as I know, Bonnie never packed a gun. Maybe she’d help carry what we had in the car into a tourist-court room. But during the five big gun battles I was with them, she never fired a gun. But I’ll say she was a hell of a loader."

Writer Joseph Geringer explained part of their appeal to the public by saying "Americans thrilled to their ‘Robin Hood’ adventures. The presence of a female, Bonnie, escalated the sincerity of their intentions to make them something unique and individual — even at times heroic."

The gang’s April 13, 1933 robbery in Joplin, Mo., is noted by historians as being significant, aside from the killing of two police officers there, because t he famous pictures of Bonnie and Clyde were found on a roll of film left behind. The duo’s crime spree led them through Ohio, Oklahoma, Texas, New Mexico and Louisana (where they were eventually gunned down) as well as Missouri, where they’re exploits took them through Springfield, Carthage, Columbia and Joplin. To view the historic property on YouTube, click here.