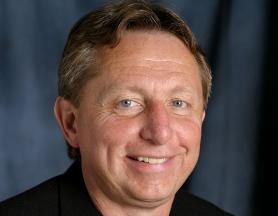 Northwest Missouri State head women’s basketball coach Gene Steinmeyer was inducted into the Doane College Athletics Hall of Fame Jan. 30, in recognition of his 15-year career for the Tigers from 1985-99. He posted a 360-141 record with the Tigers and posted 12 straight 20-win seasons.

"The only reason I became a Hall of Fame coach at Doane College is because I had Hall of Fame players," said Steinmeyer. "The group of players and parents I experienced at Doane paved the way for our successes. I just jumped on board for the ride."

Steinmeyer placed a player on the Academic All-America list from every year from 1994-99 and maintained a 100 percent graduation rate among his four-year players.

Thirty former players and their families attended the ceremonies, which also featured a congratulatory video message from Marissa Maaske in Hawaii. Maaske was a Kodak All-American at Doane and currently assists in operating the Hoop ‘N Surf Classic each year with Steinmeyer.

Steinmeyer has led the Bearcats to two MIAA tournament championships and three NCAA playoff appearances. He is the seventh-winningest active coach in Division II and is three wins away from career victory No. 500.

"Ultimately, Stein is a teacher, mentor, father figure, comedian, winning coach and most of all, my friend," said former player and Doane head women’s basketball coach Tracee Fairbanks in a release from the school. "Without Stein’s input and suggestion, I would not be where I am today."