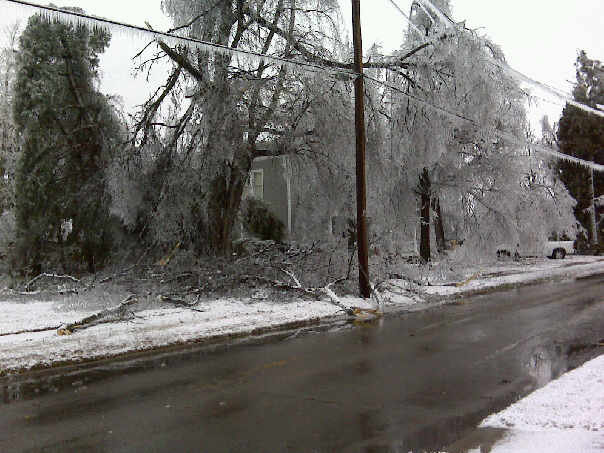 Thousands of southeast Missouri homes and businesses were still without power on Saturday as a result of an ice storm that blasted the region earlier in the week. The number of outages had totaled in the tens of thousands at one point.

Some help is on the way, however, following President Barack Obama’s approval of a request for a disaster declaration . The declaration means Missouri emergency officials can count on federal assistance from the Department of Homeland Security and the Federal Emergency Management Agency (FEMA).

Utility crews from AmerenUE and smaller electric cooperatives are hard at work, trying to restore power as quickly as possible. The utilities hope to have the electricity restored to most of their customers by Sunday, but it could be later in the week before all customers will again be able to turn on the lights. [Photo: Viretta McElyea Sexton]