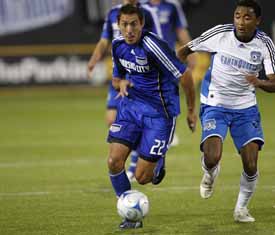 The Wizards open the season Saturday, March 21 at 7:30 p.m. CT against Toronto FC at CommunityAmerica Ballpark. Kansas City will play one Wednesday home match, one Thursday home match and one Sunday home match. The remaining 12 home matches will be played on Saturday nights.

Call for details on how to get the limited tickets available at CommunityAmerica Ballpark to see the Los Angeles Galaxy on Saturday, July 25, which is Beckham’s team, although he is on loan to AC Milan and may not be with the Galaxy, because AC Milan is willing to pay what it takes to keep Beckahm.