The old tub TVs are becoming a thing of the past as high-definition flat-screens become more affordable. That means recycling centers have been keeping busy.

The Computer Recycling Center in Springfield has really been booming.

General Manager John Misseldine says many folks found flat-screens under the Christmas tree and the upcoming digital conversion has caused a spike in business.

Misseldine says for a small fee, the Computer Recycling Center takes the lead out and sends it off to be re-used.

He says his company has processed more than two-million pounds of old TVs and computers in 2008, a 35 percent increase from the previous year. 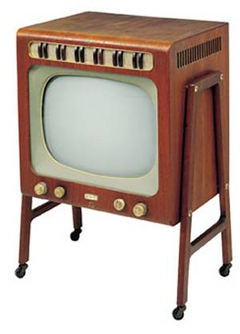 The Department of Natural Resources urges everyone to recycle their used electronics but says if people are going to simply throw them away, to do so responsibly.

The department’s Hazardous Waste Division reports there is no environmental threat if old TVs or other electronics end up in licensed landfills, but if they end up in waterways, drainage ditches or other open areas, the lead in the old tubes could seep out and pollute the environment.

Click here to visit the Environmental Protection Agency’s online locator service to find a recycling center near you.