About a week into his new job, State Treasurer Clint Zweifel is settling into his new surroundings, looking forward to implementing some of his ideas. While he didn’t take office until last week, Zweifel has been transitioning into the post since the period after the election in November. 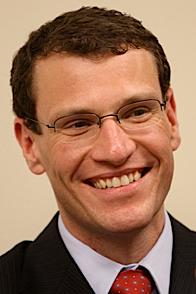 Zweifel and his staff are already working on several programs, including MOST – the Missouri Savings for Tuition plan – hoping to provide more access to the plan for more families. Democrat Zweifel realizes that while there are some actions he can take, unilaterally, most of what he wants to do will require a bipartisan environment with cooperation from the General Assembly, which is controlled by Republicans.

The issue of where to invest is also something that must be conaidered. Zweifel’s predecessor, Sarah Steelman, instituted a policy of terror free investing – not placing Missouri state dollars with countries or companies that deal with terrorists. Zweifel says that while the specifics of that policy are undergoing a review, he backs the goal of the policy. “I can tell you from a philosophical perspective,” says Zweifel, “I support the policy of making sure that we don’t put money in institutions that are doing business in countries that want to harm Americans.”

Previous Post: « Rams introduce Spagnuolo
Next Post: House Republicans say everyone needs to be on board this session »