State Education Commissioner Kent King, who had been suffering from cancer of the brain, has died of his illness. 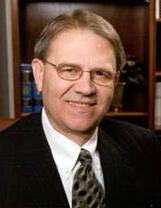 Department of Elementary and Secondary Education spokesman Jim Morris says King first underwent surgery for a malignant brain tumor in October of 2006 and had been undergoing radiation and chemotherapy treatment. But the cancer recently returned and spread rapidly.

King was a long-time educator who, in 1964, completed his undergraduate degree in English at what was then known as Central Missouri State University. He received his master’s degree from Drury College in 1967 and his doctoral degree from Oklahoma State University in 1972.

He died today at his home in Rolla at the age of 65.

Political leaders have been quick to offer their condolences. Governor Matt Blunt issued a statement expressing his sadness over King’s death: “Melanie and I are deeply saddened by the passing of Commissioner Kent King. Dr. King was a dedicated public servant who committed his life and career to education, and always put the needs of students first. He was a valued member of my Cabinet who shared my belief that education should be the highest priority of state government. Our thoughts and prayers are with Dr. King’s family especially his wife Sandy, and his children and grandchildren.”

In a statement, Governor-elect Jay Nixon expressed his sorrow: “Dr. King was a true public servant, dedicated to the ideals of public education and to the welfare of students. That dedication did not waver for more than 40 years, from the time he was a teacher, principal and superintendent through his tenure for the past eight years as Commissioner of Education.”

Lieutenant Governor Peter Kinder expressed, in a statement, his remorse: “Today, I was deeply saddened to learn of the passing of Dr. Kent King. Dr. King was a noble public servant and dedicated leader … Today, I express my sincere condolences to Kent’s wife, Sandy, and his entire family. Missouri’s schoolchildren will forever benefit from the impact that Dr. King has left.”