The man about to become Missouri’s newest Member of Congress is busy preparing for his new role. 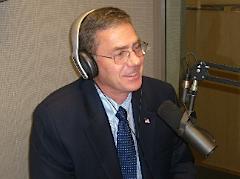 Congressman-elect Blaine Luetkemeyer (R-MO), the successor to Congressman Kenny Hulshof (R-MO) who ran unsuccessfully for Governor, says an important part of that preparation is hiring the right people for the many jobs that must be performed.

As for learning the ropes, Luetkemeyer has already been through freshmen orientation, has learned how to introduce a bill, and has been assigned an office. He and the other freshmen took part in a lottery to see who would get first dibs on Capitol Hill offices. He’s happy with his new digs. And, he’s found an apartment just a couple of blocks from the office.

Luetkemeyer will be sworn in on January 6th. He’ll spend some time before and after that date getting to know his surroundings and making new acquaintances.