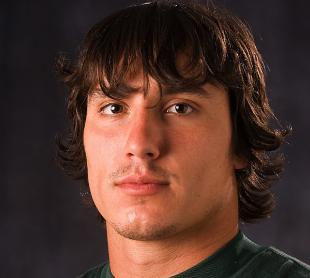 Northwest Missouri State junior safety Myles Burnsides (Maryville, Mo.) has been named the Defensive Player of the Year as selected by the College Sports Information Directors of America (CoSIDA).  It’s the first All-America award for Burnsides and the first national player of the year award handed out to any Bearcat.

Burnsides leads Northwest (13-1) with six interceptions this season and his 65 tackles rank third. He’s the only Bearcat to register double-digit tackles in a game this year, which he’s accomplished twice. He’s also blocked a kick, forced a fumble and executed a successful fake punt for the Bearcats, who take on Minnesota-Duluth for the national championship this weekend.

Northwest’s four first-team choices led the nation. North Alabama and Abilene Christian, which saw their seasons end against the Bearcats this postseason, each had three honorees.

Paddock leads the Bearcats with six sacks and 12 tackles-for-loss this season. His 47 tackles ranks sixth on the team. He’s also forced three fumbles, recovered four, blocked a kick and has 11 quarterback hurries.

Wright is Northwest’s leading receiver with 62 catches for 780 yards and five touchdowns this year. He’s averaged nearly 12 yards per punt return and nearly 24 yards on kick returns this season.