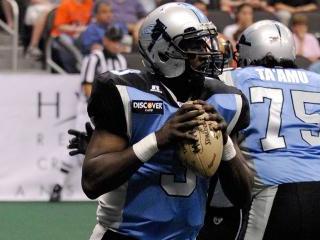 The future of the Kansas City Brigade and Arena Football is up in the air.  The league is strapped for cash.  Most of the teams lost money last season and the league has not released a 2009 schedule.

The next season is set to being March 1 st , but there are a couple of options on the table as the league tries to get ready for their 23 rd season.  One option is to play the season with fewer teams, the other would be to take the entire 2009 season off and regroup and try to find different league investors.

I remember when Arena football first got off the ground.  I was a junior in high school and Chicago had one of the original teams, the Chicago Bruisers.  My brother and I went to just about every home game that next full year and the Bruisers made it to Arena Bowl 2 which they lost. 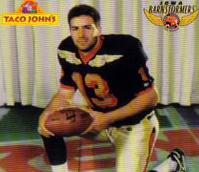 When the team first started, there were maybe 5,000 fans.  By the time of the championship game, the game was sold out and the crowds rivaled those of the Chicago Blackhawks at the old barn.  It was a different game, a cute little gimmick, something to get you through the summer months.

I hope the league can recover and find the financial support it needs to continue.  If you would have asked me back then if Arena football would last 22 years, I would have said absolutely no way.

Hey, if it weren’t for Arena football, we probably wouldn’t have had Kurt Warner.