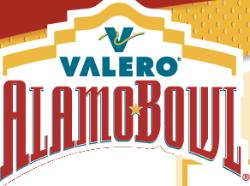 The Missouri Tigers accepted an invitation to play in the 2008 Valero Alamo Bowl, following their 62-21 loss to Oklahoma in the Big 12 title game.  I’ve got more ticket info for the game.

The Tigers (9-4 overall and 5-3 in Big 12 play and North Division champions) will play Dec. 29th in San Antonio, Texas, against the 22nd-ranked Northwestern Wildcats (9-3, 5-3 [4th in the Big 10]).  The game will kickoff at 7 p.m. (central) from the Alamo Dome and will be televised nationally on ESPN and aired on the Tiger Network.

The game will mark MU’s fourth-consecutive bowl game, and fifth bowl appearance in the last six seasons overall under head coach Gary Pinkel, after Mizzou had gone to only two bowl games in a span of 19 seasons dating from 1984-2002.

Tickets for the Alamo bowl game will made available for purchase beginning Monday, December 8 th at 9 a.m. (central time).  Fans wishing to follow the Tigers to their fourth-consecutive bowl game appearance can purchase tickets online at www.mutigers.com , on the phone by calling 1-800-CAT-PAWS (884-PAWS in Columbia) or by visiting the Mizzou Arena Ticket Office.