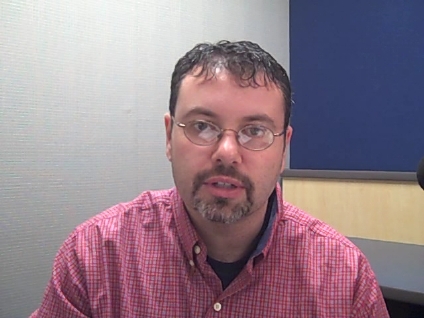 When you hear the Missouri Tigers talk about the Oklahoma Sooner offense, it’s pretty clear what the main objective is Saturday night in the Big 12 championship at Arrowhead Stadium.

Whether its head coach Gary Pinkel, defensive coordinator Matt Eberflus or Stryker Sulak and Brock Christopher, the message is the same.  They need to put pressure on OU’s quarterback Sam Bradford.

A huge part of their success comes from their huge offensive line.  They go across the line at 337, 335, 290, 284, and 308.  They’ve allowed just 11 sacks and the Sooners average 202 yards per game rushing.  In addition, they’ve allowed Bradford to relax back there and pick apart secondaries for 354 yards per game.

Tiger cornerback Castine Bridges is out for this game and season with a torn meniscus.  That will most likely put Tru Vaughns at one of the cornerback positions in a secondary that ranks 116 out of 119 in pass defense.

After the loss to Kansas, head coach Gary Pinkel was amazed that the defense that has been running the same sets could have a lapse in communication which allowed several big plays from the KU offense including Todd Reesing’s scramble and touchdown winner to Kerry Meier.

I don’t think its all doom and gloom though for the Tigers.  They can make a game out of it, but they must do the following:

1.      Eliminate turnovers.  Chase Daniel must protect the football.  Cut down on the ill-advised passes and turnovers.

2.     Get Derrick Washington involved.  Establish the running game while the score is close.  Get Washington the ball on pass routes.

3.     Find a third receiver other than Maclin and Coffman.  Chase Coffman says he’ll be at 80% which is better than no Coffman.  His turf toe is still bothering him, but he’ll be able to get open against a banged up linebacker group and OU will need to focus on him.  OU will also watch Maclin closely, so someone like Danario Alexander, Tommy Saunders, or Jared Perry will need to step up.

4.     Defensively, put pressure on Sam Bradford.  Easier said than done, but they need to disrupt his timing.

5.     Don’t give up the big play.  OU is going to move the ball, but MU can’t breakdown on defensive coverage.

Special note.  The Tigers will hold a press conference Sunday evening at 6pm.  Barring a win on Saturday, I’m predicting the Tigers will be headed to the Alamo Bowl, December 28 th in San Antonio.