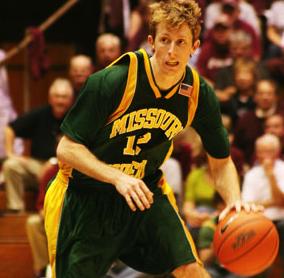 The Lions scored the game’s first basket as Skyler Bowlin connected on a three pointer to start the game. Truman (5-1, 0-1 MIAA) scored the next five points to go ahead 5-2 after a three from Alex Henderson. The Bulldogs led again after a three from Henderson made the score 8-7, but that would be the last lead Truman would see.

Bowlin led all scorers with 17 points on 6-12 shooting. Four Lions scored in double figures as Vincent Ateba and Price added 13 and 11, respectively, while Crittendon scored ten and grabbed eight rebounds.

Southern will be back in action this weekend as the Lions play host to Central Missouri at 7:30 this Saturday night in the Leggett & Platt Athletic Center.