Thanksgiving Day is turkey day for so many Missourians. But many of us are not aware of Missouri’s turkey growing industry. Missouri Poultry Federation Director John Bryan says Missouri is the fifth largest turkey-producing state in the country, with approximately 350 turkey growers producing 20-million turkeys each year. 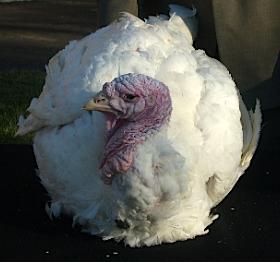 Bryan says that while most of the Missouri-grown turkeys end up on dinner tables in this state and throughout the country, many of our turkeys are sent abroad. "Mexico is our biggest exporting country," says Bryan. "Also we send some to Russia and China." Turkey is also becoming increasingly popular in Israel.

From hatching to slaughter is usually a four month process, depending on whether the turkey is produced for Thanksgiving dinner or for cold cuts that end up in the deli section.