The final, legal wording has not yet been written, but the Missouri Citizens’ Commission on Compensation of Elected Officials has wrapped up its work with a pay raise recommendation for statewide elected officials and legislators, as well as Supreme Court, Court of Appeals, Circuit Court, and Associate Circuit Court Judges. 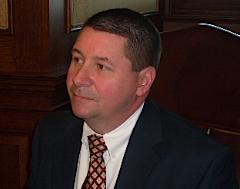 The panel is calling for people holding each of these positions to be awarded pay increases equal to the percentage increases given to state workers in the 2010 and 2011 fiscal years. In addition to these increases, Associate Circuit Court Judges would be in line to receive payments totaling $1,500 for each of those fiscal years. This is intended to bring the pay of these judges closer to the salaries of Circuit Judges. The Commission also recommends judges attending annual judicial conferences receive per diem expense payments.

The Commission will sign off on the recommendations once the I’s are dotted and the T’s are crossed and present a final report to Secretary of State Robin Carnahan by December 1st. The recommendations will go into effect unless the Legislature rejects the report with two-thirds votes in both the Senate and the House. The General Assembly would have until February 1st to take such action.