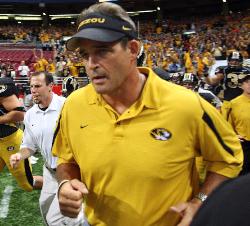 After rumors had surfaced recently about the possibility Gary Pinkel may be enticed to coach at Washington, the University of Missouri stepped up with a contract extension that will make him one of the highest paid coaches.

According to ESPN.com’s Pat Forde, one of his sources said that Pinkel is being given an extension and a raise to $2.5 million per year.  Pinkel, who was an assistant under one-time Washington head coach Don James, had his name thrown around as a possible replacement for Tyrone Willingham.

The Kansas City Star is saying Christensen could go to Wyoming.  Forde is reporting New Mexico.