The governor and the governor-elect have sat down for a formal meeting. 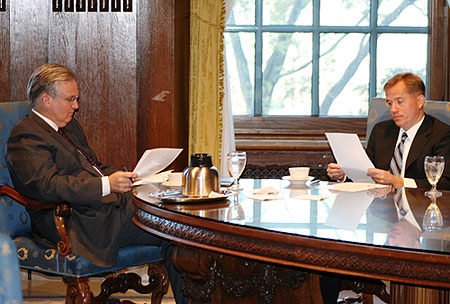 Governor Blunt has hosted an hour-and-a-half meeting with Governor-elect Jay Nixon as the transition from the Blunt Administration to the Nixon Administration took a personal twist. A spokesman for Nixon says the meeting was private, just between the two mean, but Oren Shur will say that the transition is going smoothly. Shur says Blunt has made himself and his staff available to the Nixon transition team in a bi-partisan and cooperative fashion.