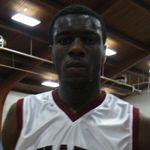 Missouri Basketball added to its class of 2009  as 6-foot-10 forward Keith Dewitt (High Point, N.C. / Charis Prep) signed a National Letter of Intent to play for Head Coach Mike Anderson and the Tigers.

A talented and highly-coveted post player, Dewitt played just one season of high school basketball at Andrews High School in High Point, N.C. before transferring to Charis Prep in Goldsboro, N.C. Dewitt has played two seasons at Charis Prep (pronounced cuh-RIZ) under Head Coach Carlos Peralta and has been a star for the Crimson Tide, helping them start the season 11-0, including a tournament title at the West Johnson Classic.

"We are certainly excited about Keith joining our program," Head Coach Mike Anderson said. "Keith gives us a guy of size and great athletic ability. He’s an instinctive, skilled forward and he plays the game with a lot of passion and energy. He fills an important need for us with both DeMarre (Carroll) and Leo (Lyons) graduating after this season, so we feel like he’ll be able to help us in a lot of areas."

Dewitt is coming off an excellent 2007-08 campaign where he earned team MVP accolades after averaging 16.9 points, 11.1 rebounds and 3.4 blocks a contest. He was named Most Valuable at the Bull City Classic, a national tournament the Crimson Tide won last season.