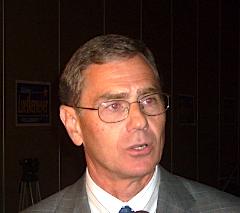 Luetkemeyer is pleased to have won this hard fought battle in a year in which many Republicans did not do well at the ballot box. He believes part of his victory has to do with his being a good fit for the district. He points out he is a conservative who is pro-life, supports the Second Amendment, wants lower taxes, and believes in smaller government.