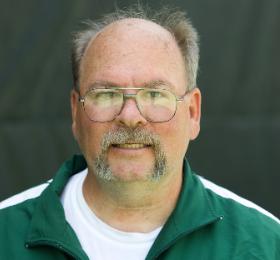 The winningest coach in Northwest tennis history, head coach Mark Rosewell will be one of three individuals inducted into the United State Tennis Association, Heart of America District Hall of Fame.

Rosewell was a unanimous selection by the district’s Hall of Fame committee. He is in his 25th season as Northwest head coach and carries a combined career record of 759-344 between the men’s and women’s programs. He’s sent teams to the last six NCAA national tournaments and has been instrumental in Northwest hosting 18 consecutive ITA regional tournaments. He’s been named MIAA Coach of the Year 18 times.

Rosewell’s teams have won 16 MIAA championships and advanced to the NCAA postseason 21 times. He’s had two women’s teams advance to the national quarterfinals (1997, 2003).

The Heart of America district includes 17 counties in northeast Kansas and northwest and western Missouri, and includes the cities of St. Joseph and Kansas City.

The induction ceremony will take place during the district’s Annual Meeting Nov. 19 in Kansas City, Mo.