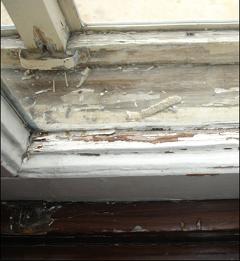 Ongoing reconstruction efforts mean no public tours of the mansion until November, but the annual Halloween party will be this Saturday. Governor, Mrs. Blunt and their son, Branch, 3, have been back in the mansion for about a month.

"It’s very exciting," said Mrs. Blunt. "The Governor and I were actually out of the mansion for several weeks this summer because of the renovations going on here at the mansion, but we are thrilled here with the results."

The family left in June to allow workers to repair the mansard slate roof, restore and repaint all windows, repair exterior masonry, and the partial replacement of the 23-year-old heating and cooling system. 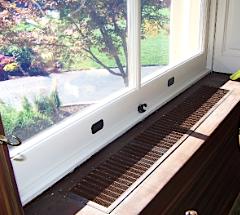 Mrs. Blunt’s said her favorite renovation project so far has been the roof.

"It is just spectacular and just to be able to recreate the original mansard roof with the geometric diamond patterns has been thrilling," she said.

During the first public event, Governor Blunt praised his wife’s efforts to restore the home.

"The efforts that went into the renovations of the governor’s mansion it’s very important long term for the people of our state and will obviously benefit the next first family and it’s a real privilege to have you all here for the first event since it was essentially closed down early in the summer," he said.

Mrs. Blunt said now the reconstruction focus will turn to the inside of the mansion.

"We’re really getting ready to start on the interior of the mansion as well and there’s so much available to us now with technology improvements and we’re able to trace back the first layer of paint in many of these rooms," she said. "So we’re going to really try to recreate this first floor as it would have looked in 1871. We’re just going to take the next few months and do as much research as we can learn as much as we can about the first floor and hopefully the efforts will continue next year."

Mrs. Blunt said she’s open to advising the next first family on the ongoing renovation efforts, but she said what happens next is ultimately up to them.

The state is paying for the repairs, which will cost around $3 million. Mrs. Blunt is trying to raise private money for interior updates. Public tours of the mansion will not begin again until about November.