It wasn’t long after the stage lights had gone out at the vice presidential debate at Washington University in St. Louis that the hordes of reporters who had been credentialed for the event met in what is known as the spin room to hear from supporters of both Republican Sarah Palin and Democrat Joe Biden. It was really no surprise that much of the talk centered on Alaska Governor Palin, a novice on the national stage, and not on Delaware Senator Biden, who has held his U.S. Senate seat for more than three decades.

Former New York City Mayor and former Republican presidential candidate Rudy Giuliani was among the first to greet reporters with his view of how Palin had done. "The American people saw it. They saw how effective she is and they saw how smart she is. They saw why the people of Alaska think she is probably the best Governor they’ve ever had. They see why she is the most popular Governor in Amerca. This was an enormously effective performance." 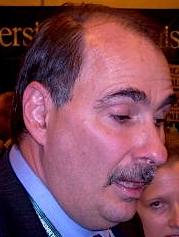 Obama campaign strategist David Axelrod thought Palin handled herself well, but didn’t care much for what she had to say about the issues. "I certainly didn’t expect her to come in here and make big mistakes, and she didn’t risk much," said Axelrod. "She had the answers she wanted to give … she gave ’em." 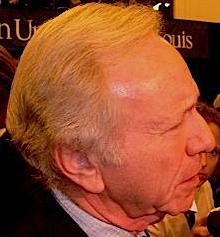 Connecticut Senator Joe Lieberman, who supports the McCain-Palin ticket, liked what Palin had to say. "I think the story tonight was that Sarah Palin proved why John McCain chose her and she proved that she’s ready for prime time," stated the independent Democrat. "She’s ready to be a partner to John McCain in leading a reform administration, which Washington desperately needs."

Missouri Senator Claire McCaskill doesn’t care too much for what the McCain-Palin ticket has in mind for the country or how those plans were conveyed by Sarah Palin. "She never could specify, in any way," said McCaskill, "How their economic policies were any different than George Bush’s, and we’ve seen how those turned out. We’ve seen this movie and we don’t like the ending."