The eyes of America’s political observers will be on Washington University in St. Louis tonight for the vice presidential debate between Democrat Joe Biden and Republican Sarah Palin.

For many Americans, this will the first chance to get an in-depth look at the Alaska Governor. And, heading into the debate, Republican officials say they’re excited about Palin and how she will perform. 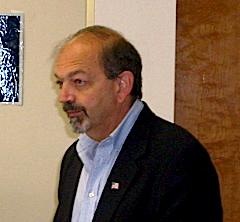 Republican National Committee Deputy Chairman Frank Donatelli says Palin has been great for the campaign. Donatelli’s advice to Palin is to come across as herself, saying people can tell when a candidate is not being genuine. He adds Palin – like most politicians – will have a better opportunity to shine in an uncut debate than in an edited interview.