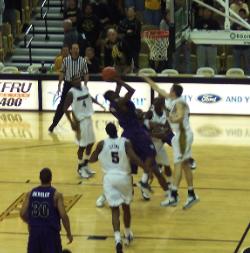 Season tickets for Missouri Basketball are on sale now and start as low as $199 for select seats.  Tickets can be purchased online at mutigers.com or by calling the Mizzou Athletics Ticket Office at 1-800-CAT-PAWS (884-PAWS in Mid-Missouri). Fans interested in premium seating options should contact the ticket office for more information.

The Tigers will host 20 games inside Mizzou Arena this season, including match-ups with six teams that participated in the 2008 NCAA Tournament: Baylor, Coppin State, Kansas, Kansas State, Oklahoma and Oral Roberts. The Tigers also host California in the Big 12/Pac-10 Hardwood Series.