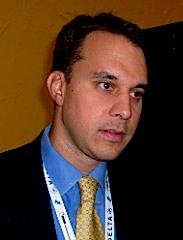 The National Political Director of the McCain presidential campaign believes quality people on the ground will put Missouri in the McCain column in November.

Mike DuHaime says that while the Obama campaign might have an edge over the McCain campaign in the number of offices in Missouri, Republicans benefit from battle-tested people who have been through close elections in the past and who really gear up in the final days of the campaign.

DuHaime says vice presidential running mate Sarah Palin is a tremendous asset to the ticket, claiming voters across the entire spectrum will respect the way she has governed as Governor of Alaska. He adds a politician doesn’t get an 80 percent-plus approval rating by accident.