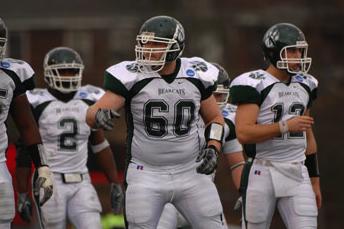 The Northwest Missouri State Bearcats, which has played for the National Championship and lost each of the last three years by a combined 13 points, come back ranked 4th in the country in D2football.com’s poll.

Nebraska-Omaha, Pittsburg State and Washburn who all play in the Bearcats MIAA conference are also ranked in the top 25.  Head coach Mel Tjeerdsma’s says his team’s success is based on the fact that his team has the ability of putting those tough defeats behind them.

Coach Tjeerdsma gives us a sneak peek at the Bearcats’ upcoming season.

Previous Post: « Missouri Obama supporters reach out to Clinton backers
Next Post: Brewers pour it on in the 9th for big win »