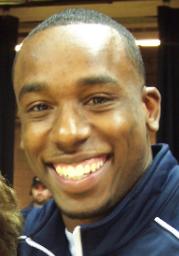 Former Missouri Tiger, now rookie receiver Will Franklin injured his knee in practice on Thursday for the Kansas City Chiefs.  It is doubtful he will play against Miami, but Franklin doesn’t think the injury is too serious.

Franklin told the Associated Press,  "I took a little weird step and I felt a little slight tweak  It was just a little awkward movement. I went to get (safety Jarrad) Page and the knee just gave out."

Franklin is the eighth of the Chiefs’ 12 draft picks this year to be injured in preseason.  The Chiefs were relying on this crop of draft picks to help the team improve on it’s 4-12 season from a year ago.

Franklin had three catches for 37 yards in the first two preseason games.