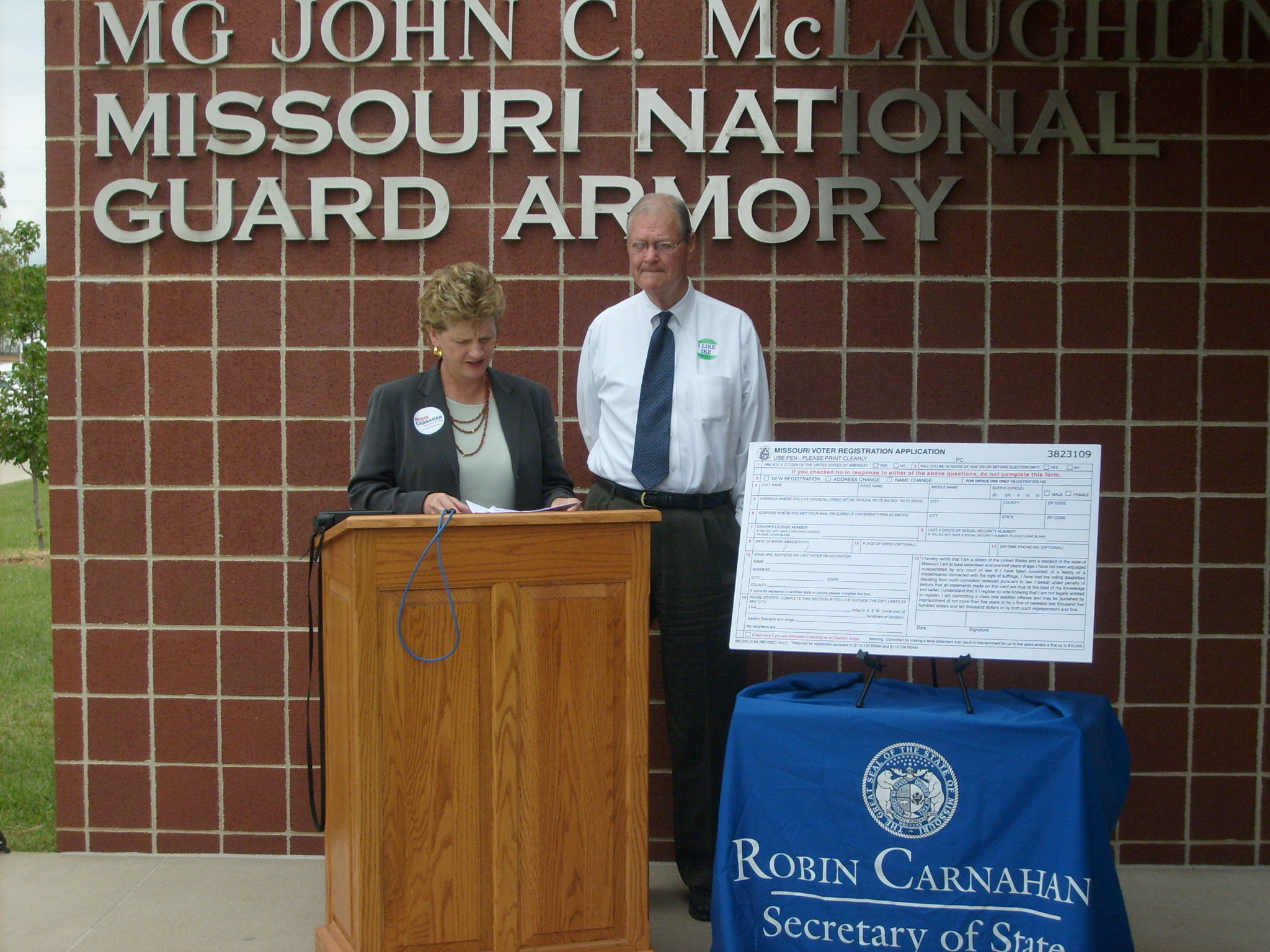 Secretary of State Robin Carnahan (D-MO) is publicizing efforts that make it easier for Missouri’s military personnel serving abroad to vote in the November general election.  Any Missourian living abroad is being advised to request an absentee ballot from his or her election authority back home – a procedure that can be completed by mailing a copy of the Federal Post Card Application to the local election official here in Missouri.

Carnahan says once those serving overseas receive their ballots, they would have the option of faxing or e-mailing the ballots directly to local election officials at home.

Military personnel in combat zones can request ballots from local election authorities.  This will begin six weeks prior to Election Day – in the middle of September.  It’s expected this will provide plenty of time to turn around the ballots.

Congressman Ike Skelton (D-MO) joined Carnahan in the effort to increase awareness.  “Those who wear the uniform are paying the price of freedom,” says Skelton, “And they should have the opportunity to vote and express their thoughts and their opinions through the ballot box just as if they lived across the street from the polling place.”