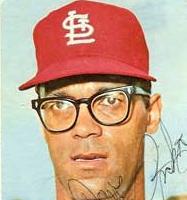 Dave Ricketts, a longtime coach with the St. Louis Cardinals, died early Sunday after a long battle with cancer.  The 73 year old helped groom and teach several catchers that came up through the Cardinals organization including Mike Matheny and Yadier Molina.