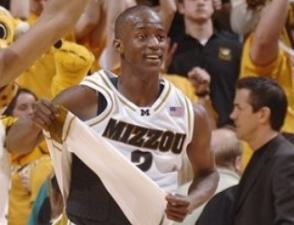 University of Missouri Head Basketball Coach Mike Anderson announced that he has granted junior guard Keon Lawrence a release from his scholarship.

Lawrence played in 32 games for the Tigers last season as a sophomore and averaged a team-leading 29.2 minutes and led the club with 307 field goal attempts. Lawrence also ranked third on the team with 11.0 points per game and was third with 77 assists.

"The well-being of our student-athletes is always a chief concern for us, and with that, I have always wanted my players to be happy. I feel by granting Keon his release it’s in the best interest of both him and our program. We appreciate Keon’s efforts at Missouri and wish him nothing but the best."

Despite the release of Lawrence, the Tiger backcourt remains highly competitive. Mizzou welcomes seven total newcomers to the roster and returns starting guards J.T. Tiller and Matt Lawrence, along with starting forwards DeMarre Carroll and Leo Lyons. Among those seven newcomers are four backcourt players, including junior transfer Zaire Taylor, who becomes eligible after sitting out the 2007-08 season. A 6-foot-4 off-guard, Taylor averaged 10.3 points and 4.9 rebounds as a sophomore at Delaware in 2006-07 and is known for his defensive prowess.

Freshman guard Miguel Paul will add instant depth at the point guard position and was a two-time all-state performer in Florida after leading Kathleen High School to back-to-back Class 4A State Championship games. Paul enters Missouri as one of the nation’s top 15 point guard prospects.

High-scoring guard Marcus Denmon lit up the scoreboard throughout his high school career in Kansas City and fulfilled a life-long dream by signing with Missouri. The 6-foot-2 guard won the DiRenna Award as the top player in the Kansas City Metro Area last year and averaged 28.5 point and 5.8 rebounds en route to all-state honors. He was also named the Missouri Player of the Year by MaxPreps.com.

Freshman sharp-shooter Kim English rounds out the list of newcomers and comes to Mizzou as a Top 100 prospect nationally. The 6-foot-6 Baltimore native earned MVP honors at Notre Dame Prep (Fitchburg, Mass.) last season with 17.3 points, 6.2 rebounds and 3.9 assists per game and is ranked the No. 5 prep school player nationally by Scout.com.

Paul, Denmon and English, along with fellow freshmen Laurence Bowers and Steve Moore will compete this Saturday at the 11 th annual Demetrius Johnson Charitable Foundation All-Star Game in St. Louis. The game will be held at Harris-Stowe State University in St. Louis and game time is scheduled for 7 p.m.