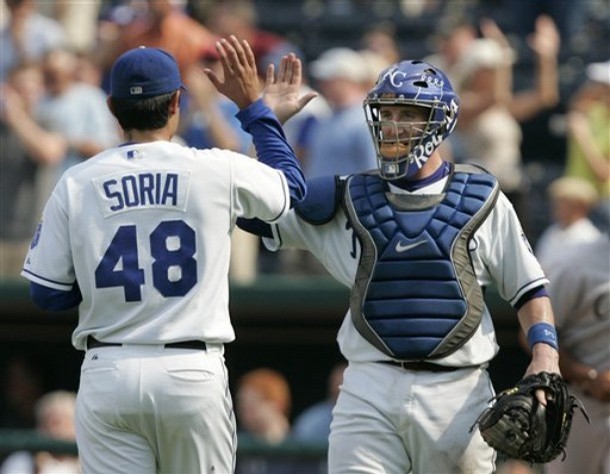 If there is one thing that will hurt the Cardinals this year, it will be the bullpen.  The starting pitchers have already proven they can keep the team in the ballgame, but with more regularity, going back to the Royals series and this latest road trip, the bullpen has cost the team in five of their last six losses.  While in contrast, the bullpen has been the brightest spot for the Royals all season (minus the 12 game losing streak when everything fell apart).

In the last nine games, St. Louis has given up 38 runs with 14 of those scored in the 8 th inning or later.  That’s 37% of the runs they’ve allow have come in late innings situations.  The Royals on the other hand, where they’ve won 11 of 13, have given up 47 total runs in the last 13 games, with only five given up after the 8 th inning, which comes out to just about 11%.

Ron Mahay has not given up a run in his last eight appearances and closer Joakim Soria has only given up five earned runs the entire year.  He’ll be in Yankee Stadium during the All-star break.

On the other side of the state, it’s been a different story. Jason Isringhausen has pitched better on this road trip, although he did blow a save in the second game of the Detroit series, and Ryan Franklin has blown four saves this season already since filling in for Izzy.  Mike Parisi has given up 16 earned runs in his last 7.1 innings and the current bullpen is 6-16 on the year.

I can’t see the Cardinals maintaining that 3.5 to four game separation with Chicago and with Milwaukee fast approaching, the Cardinals could find themselves dipping further and further in what could become a two team division race between the Cubs and Milwaukee.

As far as the Royals, I’m not saying they’re going to win the division, but if they continue to get solid bullpen pitching, the starting pitchers are proving they can get hitters out, this team could finish third in a topsy-turvy division behind Minnesota and Chicago.