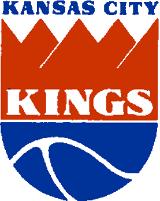 Joe Axelson, who was instrumental in getting an NBA franchise to move from Cincinnati to become the Kansas City Kings for thirteen years, died over the weekend at his Coronado, Calif., home. He was 80.

He was considered a hero for bringing the franchise to KC in 1972 and a villain in 1985 when he announced the team was leaving for Sacramento.  In fact while Kemper Arena was being built, the Kings played some of their home games in Omaha for parts of three seasons.