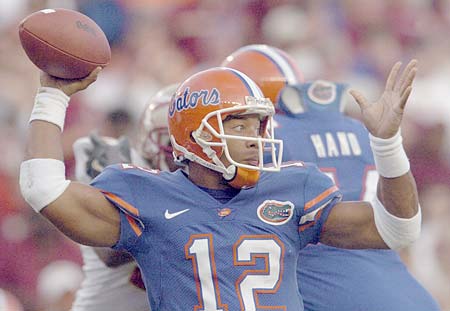 The Chiefs are bringing in former Florida quarterback Chris Leak to this weekend’s rookie mini-camp.  He led the Gators to the national title over Ohio State in 2007, but wasn’t draft and was cut as a free agent by the Bears last season.

The six foot, 207 pound quarterback was the most valuable player in that national title game and the Kansas City Star is reporting that Chiefs head coach Herm Edwards will look at him in the QB position and not consider him for other positions.