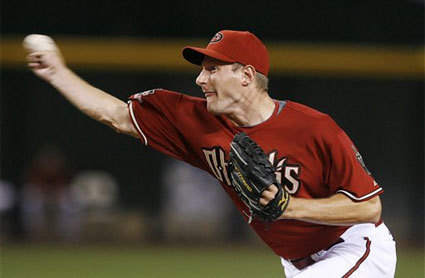 One day after retiring 13 batters in a row, former Missouri Tiger pitcher Max Scherzer is being inserted into the Arizona Diamondbacks rotation.

Scherzer was a first round draft pick in 2006 by the D-Backs as he came out of Mizzou.  He made his first appearnce in the majors the other night for Arizona and faced 13 Houston Astros hitters without allowing a hit.  He also struck out seven of those hitters.

Now, the Diamondbacks are moving Scherzer to the starting rotation and he will make his first start against the Philadelphia Phillies on Monday.