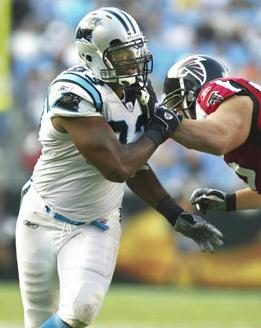 As one NFL career ends, another is about to begin for Rucker’s younger brother Martin who was a tight end with the Missouri Tigers.

In Mike’s career, he played in two national title game while playing for the University of Nebraska, he was an NFL Pro Bowl selection and made a trip to Super Bowl XXXVIII with his Carolina Panthers.

Here’s a portion of his retirement speech.