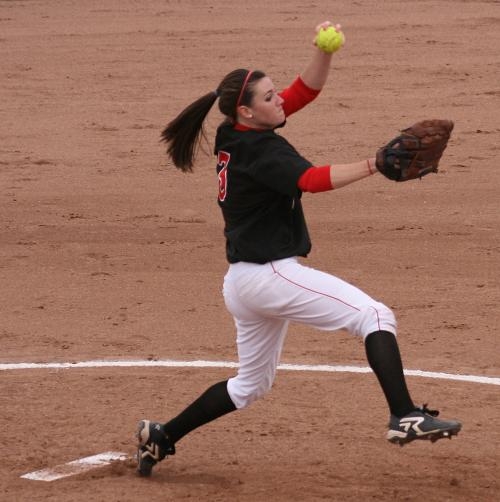 For the fourth week in a row, Megan Leonard of Central Missouri has been named the MIAA pitcher of the week.

Leonard, a 5-foot-7 junior from Purdy, Mo., tossed a six-inning no-hitter and set the UCM single-season strikeouts mark in game one of a home doubleheader with Missouri Southern last Wednesday.

She struck out 11 Lions to raise her season total to 188, breaking the previous record of 185 set in 1997 by Mandee Berg. A hit batter to lead off the second inning was the only thing keeping Leonard from a perfect game, as the Jennies won that game, 11-0.

Leonard, who now has 16 complete games in 18 starts and lowered her ERA to 1.12, is a graduate of Purdy High School, and transferred to UCM from Crowder (Mo.) College.