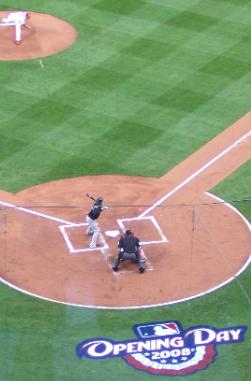 Albert Pujols hit his first homer of the year, a 385 foot line drive that probably didn’t need help from the gusting 19 mile an hour wind blowing out to left.  Shortly after that, the rains came as the game was delayed at 4:17 pm.

This is the fourth time the Cardinals have been rained out in club history.  Fans should use their tickets for tomorrow’s game which has been rescheduled for 7:15pm