Release From The St. Louis Cardinals 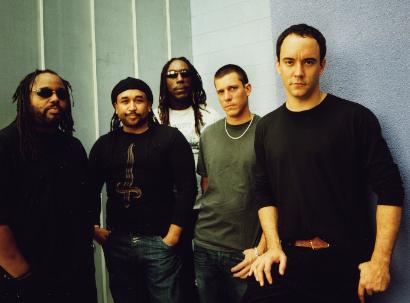 Already home to a world championship in 2006 and record-breaking attendance by baseball’s best fans in 2007, Busch Stadium will soon mark another milestone in 2008 when it plays host to the first concert in the new ballpark – a concert that promises an experience like none other in St. Louis.

Dave Matthews Band with special guests The Black Crowes will christen the new ballpark as a downtown outdoor concert venue at 7 p.m. on Saturday, June 7.  With the majestic Gateway Arch and downtown St. Louis serving as a backdrop beyond the outfield walls, Dave Matthews Band will perform to an expected audience of 30,000-plus, promising a memorable night for concertgoers and the bands alike.

"Busch Stadium was designed and built with a vision to accommodate the very best concert offerings, and Dave Matthews Band certainly qualifies as the very best," said Cardinals President Mark Lamping.  "The new ballpark will provide an extremely unique, comfortable and exciting experience for music fans, one that we think will be as good as it gets anywhere in the Midwest.  And, the fact we have Dave Matthews as our inaugural concert truly makes this an historical event for downtown St. Louis."

Tickets are $75, $65 or $45 each, excluding service charge, and will go on sale according to the following schedule:

Dave Matthews Fan Club – Members are being notified today of an immediate and exclusive pre-sale opportunity to purchase tickets.

St. Louis Cardinals Founders Club – Members will be notified via email next Wednesday with the offer to purchase tickets at stlcardinals.com at 9 a.m. on Friday, March, 14.

St. Louis Cardinals Season Ticket Holders – Season ticket holders will be notified via email next Wednesday with the offer to purchase tickets at stlcardinals.com at 1 p.m. on Friday, March 14.

La Russa and Pujols Pack Ticket Holders – Cardinals fans who have purchased a La Russa or Pujols ticket package will be notified via email next Wednesday with the offer to purchase tickets at stlcardinals.com at 9 a.m. on Monday, March 17.

General Public – Tickets will go on sale to the general public at stlcardinals.com at 9 a.m. on Saturday, March 29.

The DMB-Black Crowes twinbill on June 7, produced locally by Live Nation, follows in the footsteps of other significant music acts that played in the former Busch Stadium over four decades, beginning with The Beatles in 1966 through Billy Joel and Elton John sharing the stage in 1994.  Headliners such as The Rolling Stones, The Who, Hank Williams Jr., REO Speedwagon, Styx, Stevie Wonder and Fleetwood Mac have all played under the stars in Busch Stadium.

The June 7 appearance by Dave Matthews Band will be the first in St. Louis since Spring 2006 and the only show in Missouri slated for this year.  St. Louis has been a favorite stop of the band and opened their tours here in 2005 and 2006.

"We have been working on this show for over a year now," said Mark Campana, President, Midwest-Music, Live Nation. "With all the planning and preparation behind us, Live Nation is thrilled to be a part of this monumental event."

Additional information on the concert, such as seating arrangements, logistics, availability of party suites, economic impact and more will be available at a news event at Busch Stadium next Monday, March 10, at 3 p.m.