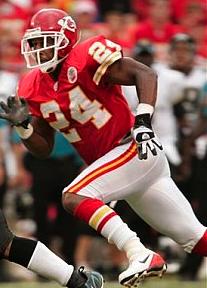 Herm Edward brought Law over from the New York Jets where he had a career high 10 interceptions in the 2005 season, but now the Chiefs think the five time pro bowler’s time has passed.

Much like Eddie Kennison, Law responded to the news by vowing that he is not finished and that he plans to continue playing.  Law pointed to the fact that he’s played in 16 games each of the last two years.  There’s no doubt he’s dependable, he’s only played less than 13 games just once in his 13 year career.