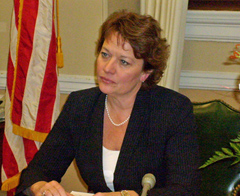 An audit of the Governor’s Office focuses primarily on transportation issues and how the Missouri law regarding the use of state vehicles is unclear and potentially conflicting.

She insists she is not telling lawmakers what to do, but it suggesting the General Assembly could settle this conflict by revisiting the 2005 law and making clear the intent.