Unable to get a long term deal worked out with the AFC’s sack leader, the The Kansas City Chiefs have applied the franchise player tag to defensive end Jared Allen.

The move keeps Allen from becoming an unrestricted free agent and will pay him $8.9 million next year, which is the average salary of the top five defensive ends in the NFL.  He could still sign with another team, but the Chiefs would get two first round draft picks, and he could even sign a long term agreement with the Chiefs. 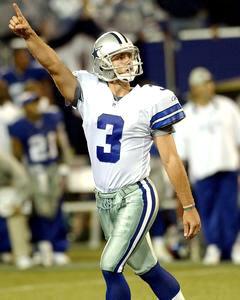 The Chiefs have also reached a two year agreement with kicker Billy Cundiff.  Cundiff hasn’t kicked in the NFL since 2005 when he was picked up by the New Orleans Saints mostly as a kick-off specialist.  He did attempt one field in that season and missed.  Prior to that he spent three and half seasons with the Dallas Cowboys before he was cut in the 2004 season after going 5 of 8 on field goals.

The Chiefs struggled last year at that position, after releasing first round draft pick Dave Medlock after the first game of the season at Houston when Medlock made 1 of 2 field goals, but missed a chip shot on the Chiefs opening drive of the season.