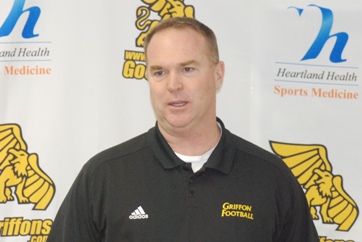 The Missouri Western Griffons had yet another successful football season in 2007 as they finished with a 9-3 overall record and 6-3 record in the MIAA. Nine wins ties a school record which they have set in four of the past five seasons. They also have played in a post season game in four of the past five years as they defeated the Wayne State Wildcats, 20-13 in the 2007 Mineral Water Bowl held in Excelsior Springs, Mo.

Highlighting those who signed with the Griffons in hopes of continuing the winning tradition are a number St. Joseph natives and a throng of area signees who helped their high school teams succeed in 2007.