A new effort to cut off the supply of a popular ingredient for making methamphetamine has moved forward in the State Senate. This proposal, on a fast track, would require all sales of all pills containing pseudoephedrine to be done by a pharmacist who would keep a record of who buys it, how much, and how often. Backers say a similar program has led to drastic cuts in meth production in Oklahoma. The bill’s co-sponsor, John Cauthorn of Mexico, argues that limiting supplies of ingredients could keep people from getting hooked on meth to begin with. The other co-sponsor says some stores are getting around the present law, which limits the amount of cold medicine that can be purchased at any one time and are getting rich. Senator Norma Champion says pharmacist distribution and strict record-keeping will attack that problem. The Senate could send the bill to the House later this week. 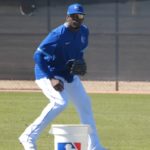